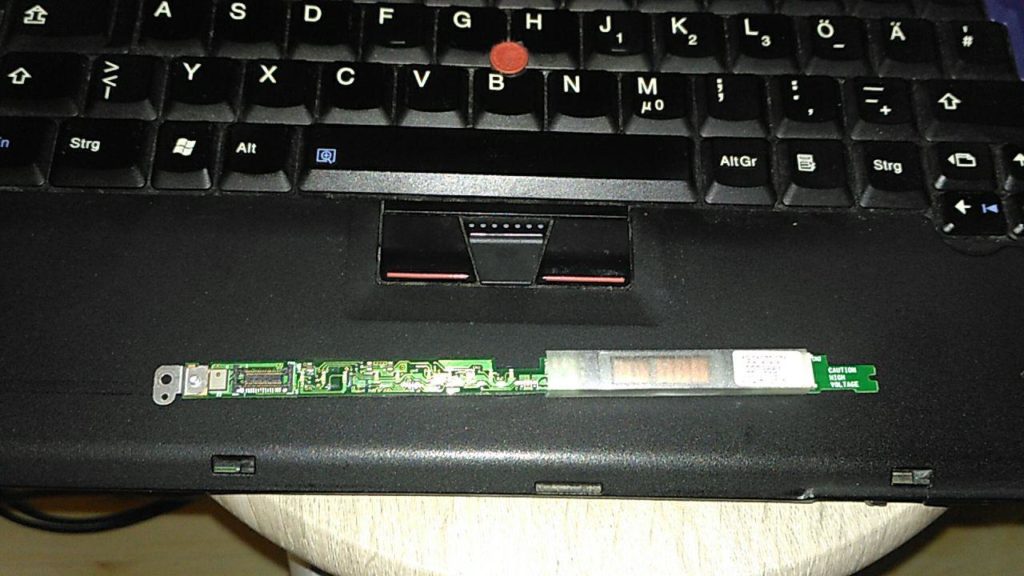 Whether you like them or not, cloud storage solutions are a useful thing. Despite having a self-hosted ownCloud, I also still use Dropbox for various reasons.

Now on my desktop computer the Dropbox client is running all the time, so the default setting for an automatic startup is perfectly fine with me. On my notebook however I don’t want anything data-hungry to start automatically when I log in, because I don’t always have a good wireless connection – sometimes I need to tether using my phone, or I might just have a poor connection to some public network.

No problem you’d think, just disable the automated startup in the client settings and you’re fine. In the past this worked for me too, but on my current installation (running Linux Mint Cinnamon 18.2 at the moment) it didn’t. No matter how I configured it, the client would always start at login. Even when I deleted the autostart file, which is located in ~/.config/autostart, it was simply rewritten every time I manually started the client.

I figured that it might just look whether the autostart file exists, not check its contents, so instead of the command starting the Dropbox client I entered something that wouldn’t do anything meaningful at all (a blank file might work as well, but I didn’t try that). I used echo, but something like pwd or ping -c 1 127.0.0.1 would be just as fine. However, the client still overwrote that file every time, so I decided to get brutal to set the access rights to 444, making it read only for everybody. That finally worked!

I have no clue why the setting doesn’t work as it should and, to be honest, didn’t bother debugging it. My solution (or rather: workaround) works well enough for me. 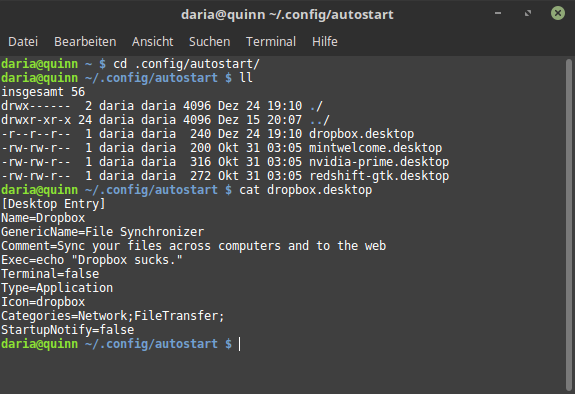